Robert Hawke is a speaker, author and comedian.

Robert has uplifted and entertained audiences at conferences, medical schools and universities. His keynote Connecting With Patients: The Final Frontier was developed for Sunnybrook Hospital and presented at PharmacyU in Vancouver.

Robert has created content for The Ontario Hospital Association, The University of Toronto Medical School and The Canadian Mental Health Association, to name a few.

Rob’s storytelling and comedic skills were honed while working for The Second City Comedy Troupe in Toronto and internationally. He has shared in a Canadian Comedy Award and Gemini Award Nomination for Best Writing in a Comedy Series.

He wrote the books Kicking Cancer’s Ass: A Lighthearted Guide To The Fight Of Your Life and Doing Happiness: Uncovering The Hidden Benefits Of Feeling Good. He lives in Peterborough with his terrific wife and ridiculously small dog. 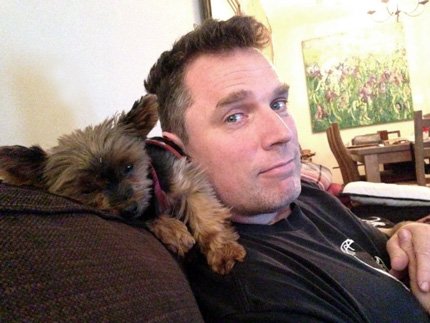 Get Your FREE Ebook by subscribing to my blog!

‘Look out for Stress!’